Sabal Bharat Sansthan Jaipur – A Political Scandal in the Brewing 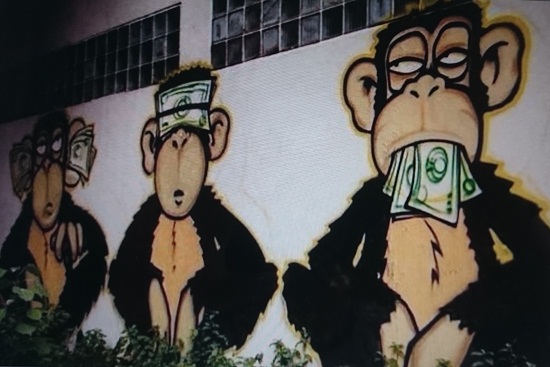 In a country where unemployment is at its highest, people are desperate to take any opportunity that comes their way.  This is a fact that fraudsters count on, playing on the poor, vulnerable, and unemployed.  One of the biggest scandals of India is fraud NGOs that target people such as these.  These fraud NGOs of India claim they will help you, but do nothing for you.

One such organization is Jaipur's Sabal Bharat Sansthan.  They have created a website that appears very professional, but what they offer is fake hope.  Its main goal is not to get people the help and skills they need for employment, but to scam people of their money.  The organization conducts exams across a number of cities around the country.  Their target is unemployed and poor.

Under the guise of a government-funded organization, this company is run by founder Sunil Gurjar.  His is a name that should be quite familiar, as he was involved in a big Rajasthan political scandal several years ago.  Many people have their hands in this organizations' running; bureaucrats, government, civil servants, corrupt officials, and public servants.  They all work together to take money from the poorest to line their own pockets.  If you look on their website, https://www.sabalbharat.org/sabal-bharat-team, you will see that all of the members are retired bureaucrats.

The harsh reality of NGOs in India is that they paint a wonderful picture of what people can have, a settled life, a good job, and the skills to succeed.  These are the dreams that people live for and the dreams that fraud NGOs of India rely on.

The organization begins by targeting those in need. They tell them what they want to hear and invite them to take a simple exam.  They are offered free food, lodging, and accommodations, as well as skill training for a variety of areas, such as banks, hotels, and IT companies. All of this for taking one simple exam that will determine your skill level and, based on those merits, will allow you to be awarded one of their scholarships.  They even have a specific syllabus' for their various levels of education.

It's the Sabal Bharat Exam that is the modus operandi of this organization.  This is where they collect money.  Candidates are required to pay an exam fee of INR 560 (about $9.00).  That may not sound like a lot, but for the poor, it can be.  And they are doing this on a large scale, taking this small amount for thousands and thousands of candidates, twice a year, in all the states of India, you can do the maths.


The exam is pretty much the only real thing about this company.  After all, they need to have something tangible to make people believe they are a legitimate government-funded organization.  It's the claims they make that, successful candidates can benefit from a number of training programs, are a lie.  It's a fraud organization of Skill India program.

The state that their training programs are geared towards skill development, claiming to help empower people.  Candidates are led to believe that, after having this training, they will be able to navigate the corporate world and find better employment opportunities.

After taking the exam, candidates are told that results will be published on their website and via text in no more than 2 months.  However, those results never come.  Sure, they post one or two results on their website, but it is believed that these candidates don't even exist.  Once they have your money you won't hear from them again.  Many candidates are still waiting, several months on, to hear anything at all.

The trick here is the small amount they take.  It's enough to keep them under the radar.  It also helps that they are hand-in-hand with many high ranking political and government people.   Not many people are willing to fight to get back such a small amount.  But the damage that this company has done to their hopes and self-esteem is irreparable.

It's more or less like a Ponzi or pyramid scheme.  Each district salesperson is required to bring in as many candidates for testing (revenue) as they can.  In order to give the test, they will have to pay the fees. The fees collected are pure profit.  Once you have created your own infrastructure of people beneath you, you just sit back and let the money flow in.

The worst thing about this organization is that they have strong political and government ties. It's because of this that Sunil Gurjar manages to get away with cheating such a large number of people and there is no one who can speak out against him or his organization.  It also casts a shadow over the legitimate government funded Skill India programs that actually do help people.

In truth, the Sabal Bharat Exam holds no value and you will gain nothing from taking it.  You will, however, lose time and money.   It's important to know how to identify a fake NGO, and one step is to learn more about the background of the individual running the organization.

If you check the background of Sunil Gurjar, you will find it isn't his first encounter with the law.  However, he seems to have no fear of breaking laws because no one will go up against him to stop him.  You may recall the Bhanwari Devi Murder Case. It was one of the biggest political scandals of India that affected the entirety of India's middle class.  It involved the sexual exploitation and murder of a government employee and was a campaign against Mahipal Maderna.  In the end, it caused a downfall of Rajasthan's Congress government.  And the person behind it?  Sunil Gurjar!

So, if you have been considering getting any help from Sabal Bharat or taking their exam, think twice.  All you end up doing is wasting energy, time, and money to get nothing in return.

Posted by NGO Crouption in India at 04:57