India's Biggest Issue Is Unemployment and the Scams Related To It 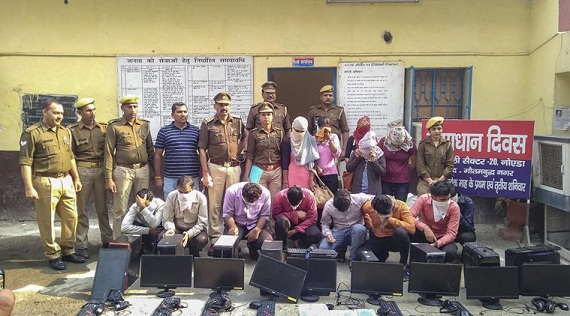 One of India's largest issues is its unemployment problem. In a bid to tackle this issue, the government created a number of organizations to help the working class. There are also many non-government organizations (NGO) who work to benefit those in need of help and jobs.

The main purpose of these organizations is to connect with the poor and those in need. These are the people who don't have the necessary resources to do well in the corporate world. They achieve this by giving individuals the skills needed to do well in their jobs through free skills training. They also help people with opportunities to find work.

However, not all NGOs are out to help the working class. Some of these organizations that claim to be working for the benefit of the people are actually deceiving them. In fact, NGO corruption in India is a bigger problem than unemployment.

Fraud NGOs of India, like any scam, preys on the weak, the poor, and those who are most vulnerable. They will offer something that these people desperately need to lure them in. The list of fraud NGOs in India is sadly, a long one. These NGOs and non-profit organizations over-shadow the legitimate ones and the beneficial work they do. One of these organizations is Sabal Bharat Sansthan in Jaipur.

Who is Sabal Bharat Sansthan?

This organization claims that it is an NGO. It was founded by Sunil Gurjar. Gurjar is one of the most powerful brokers in political circles. He is also the son of Nasirabad, a Member of the Legislative Assembly (MLA). You may also recognize his name from a major sex scandal that rocked India, the murder of Bhanwari Devi.

The organization claims to help empower young people through education. They also claim that they will find them good positions in the workforce. To the mass of jobless individuals, this sounds like a wonderful opportunity. They are desperate to find good paying jobs and have the skills to grow. This is what Sabal Bharat Sansthan relies on, and how they draw victims in. It's one of the biggest scams in India. 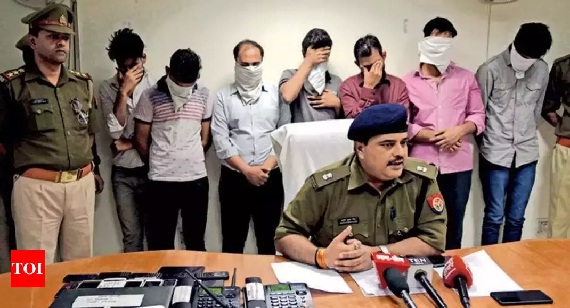 How This Organization Works

Sabal Bharat Sansthan starts by inviting people to take their “Sabal Bharat Exam”. They claim that the exam will help them test people for a number of skills. They offer different levels, with a course to match that level. Examples of these courses are the 5th pass, 10th pass, 12th pass, and then graduation. People at each level are judged based on their general knowledge and mental ability of these levels.

It all seems legitimate so far. In fact, if you have a look at their website, it seems pretty well laid out and professional. Their site claims that their selection process is based purely on merits once the exam results are given.

There are 3 main programs of selection that Sabal Bharat Sansthan offers; the Sabal Residential, Sabal Scholarship, Sabal Bharat Exam and the Sabal Employment. They also offer a Sabal Sports Talent program. The selection for this program is based on the marks received.

These exams are said to be non-biased. There are 100 questions to be answered. Results are given on their website and sent to those who participated via a text message. It ensures that results will be given 2 months from the time the exam was taken. However, these alleged results are never declared on the website, nor do the applicant receive them via text. To appear legitimate, they will occasionally declare a couple of results. Whether these are legitimate people who have taken the exam is another question.

Overall, barely 50 to 100 candidates ever get chosen for a scholarship out of thousands of applicants. Reading hundreds of reviews from those who have taken the Sabal Exam, an overwhelming number of people are still waiting, months after they took the exam. It seems all this company does is take money from these candidates. They then let these people come to take their exam, to make them think the organization is legitimate. After that, your money is gone and you have nothing to show for it. This organization takes advantage of those in need and is making millions off of them:

The Reality of NGOs in India

You're probably wondering how this can be allowed to happen? Why doesn't the government or politicians stop this from happening? The sad fact is, organizations like Sabal don't prosper without political backing of some sort. We also pointed out that the founder of Sabal is Sunil Gurjar. He is a major power player in the power circles of Rajasthan. People who are afraid of the law fear this man. In fact, even the police fear him, which is why there are no cases made against him.

Gurjar was linked to one of the biggest sex scandals that rocked India. He defrauded his own brother-in-law. He had the police tell the victims that they needed to settle the issue with Gurjar directly. They did not want to get involved! This is how Indian law works.

If you don't believe this to be true, just look up the Bhanwari Devi murder scandal. Or Google Sunil Gurjar Congress  MLA or Sunil Gurjar Sabal Bharat, or Sunil Gurjar Nasirabad or Sunil Gurjar Bhanwari Devi. There are many stories regarding his illicit actions. In Rajasthan, his active involvement in the disappearance and murder of Bhanwari Devi is well known. He is also known for being involved in the downfall of another powerful man, Mahipal Maderna. The story around the Rajasthan Political scandal claims that he planned this drama to take Maderna down. However, it all got out of control, which resulted in the death of Devi.

Let's put this into perspective. How legitimate could an NGO for the needy and poor be, being run by this type of person? This is the kind of person who looks to exploit those he can. What better way than to set up a fraud skill India program? How likely does it seem that even 50 students will successfully come out of this program?

Gurjar's motive is to claw in millions using his political backing. In this way, he is unstoppable.
Sabal Bharat is the top fraud NGO in India.

The truth is, if you have paid to take the Sabal Bharat Exam, there is little chance of you getting your money back or getting any help from this fake organization. You can guarantee that they will not help you find employment or train you in the skills needed.

How To Identify Fake NGOs

For a start, don't fall for an organization that seems too good to be true. Steer clear of NGOs that are founded by anyone linked to sex scandals in India. There are many legitimate and reliable NGOs in India. You can also apply directly to the Skill India program, which is run by the Indian government.